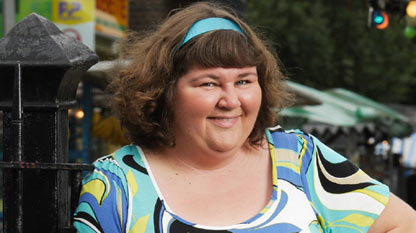 For four years she played TV’s biggest super fan of George Michael, with one episode of Eastenders even seeing her try to break in to his house for a glimpse of him. 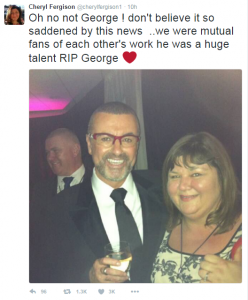 Last night Cheryl tweeted a photo of her and George together, writing: “Oh no not George ! don’t believe it so saddened by this news ..we were mutual fans of each other’s work he was a huge talent RIP George.”

On the Christmas Eve episode of the BBC soap, fans were treated to a surprise cameo from Cheryl, 51, who returned to the show more than four years after being killed off by Ben Mitchel.

Dot Cotton found a festive mixtape made for her by the larger than life cheese-lover and her best friend, boozer Shirley Carter – and the first song was Wham’s Last Christmas.

Speaking from beyond the grave, viewers heard Heather introduce the track, after explaining that the reason the launderette legend wasn’t getting a present was as she and Shirl had “spent all their cash on woo woos.”

She said: “We can’t have Christmas without a bit of George can we? So let’s start with Wham’s last Christmas from 1984.”

The festive favourite then kicked in, bringing a smile to Dot’s face as she threw away all the fish paste sandwiches she had prepared for her disastrous retirement party. 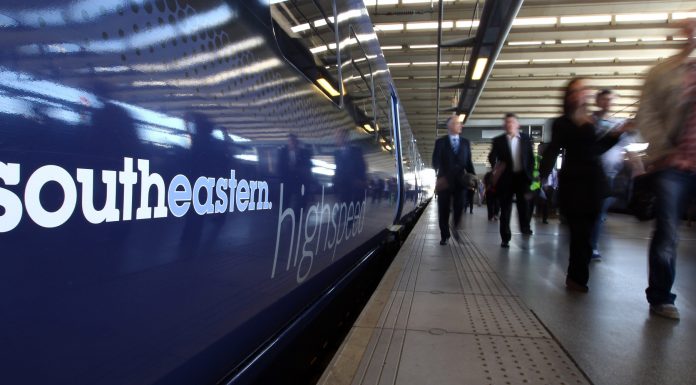 Larry Lamb Snoring Wakes Up Koala : Im A Celebrity Get Me Out Of Here